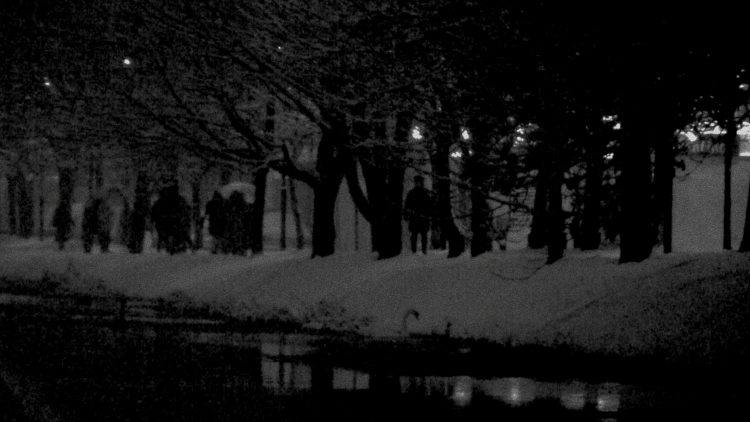 In 2020, I transformed my entire catalogue of forty no-budget short films that I produced between 2000 – 2010 in Iran and Ireland into the 200th instalment of my Homo Sapiens Project. I released a statement upon the release of the completed film explaining the reasons behind this filmography defining decision. But in short, those films no longer exist (or possible to watch) in any form or shape and now only available as one unit as part of my ongoing Homo Sapiens Project.

This year, I will modify, re-export and remaster a number of my feature films which also will become part of the HSP. These experimental features were made as a type of test or trial experiment. I assembled the films from footage I had accumulated over the years, archival footage, found footage and rushes donated to me by my close collaborators. To be more precise, I didn’t plan on making any of these films; I never thought about them systematically, and therefore I never specifically shot any ‘new’ material for them. In a certain way, I made these films to have something to work on, something to occupy my mind and enhance my technical and aesthetical skills. This is an attitude I have kept from the very beginning, to always keep myself busy with the craft of filmmaking.

My approach and methods of filmmaking have changed entirely since making “Phantom Islands” (2018) and “Luminous Void: Docudrama” (2019). And from these experiences, it has become evident that this experimentation period with such methods (deployed in those feature films that I am remastering) is finished. I want to make films that I can live with for a long period of time. Surprisingly (at least to myself), also these developments, renewal and mutations are thematically and poetically. Currently, I am pre-planning several film projects, which I will announce in due time. Onwards!