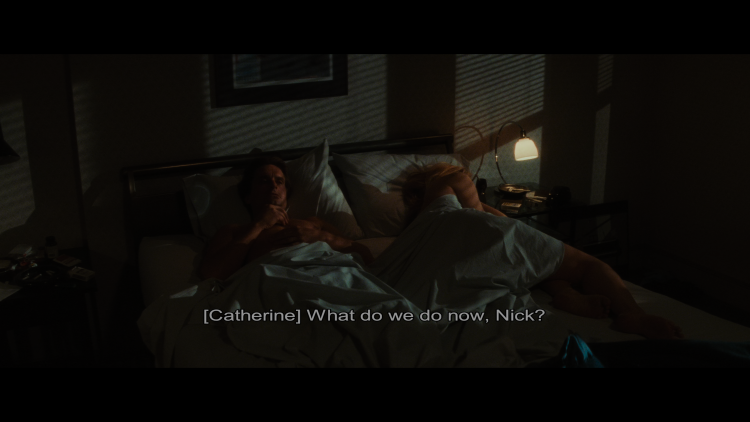 I utterly love the neo-noir or thriller films of, for example, Brian De Palma or Paul Verhoeven, the representation of their reality, its relationship to the music, and the story’s development throughout the movie. On the surface, everything is tangible and naturalistic at first glance. Characters have names, jobs, positions in society and deep psychological layers and conflicts. But as the film progresses, we realize that something is horrifically wrong and abnormal. Eventually, we comprehend that there exist no worlds and reality beyond the depth of cinema itself—that we are profoundly entangled in someone else’s dream or nightmare. The film betrays itself in the most subtle manner possible without us even fully grasp it. There is no escape from this wicked experience—this mysterious energy that sucks us within its dark allies. The music howls from the distant shores of our consciousness, and the ghostly figures commit abysmal atrocities. And yet we watch and watch. We sink in and sink in. We want more and more from this inescapable place—a dream within a dream.

In these moments, I realize that myself and some of my other colleagues in EFS have also made the exact type of films. Although we call them experimental, they follow the same logic. The only difference is that we have entirely abandoned and cut all ties with the tangible universe from the start. People, places, locations, animals and events have no context whatsoever except ‘themselves’ and the fact that they exist. This point is actually astonishing if you think about it. The difference between a story and non-story telling is absolutely nothing. Zero. It all depends on how we perceive the incomprehensible process of filmmaking.