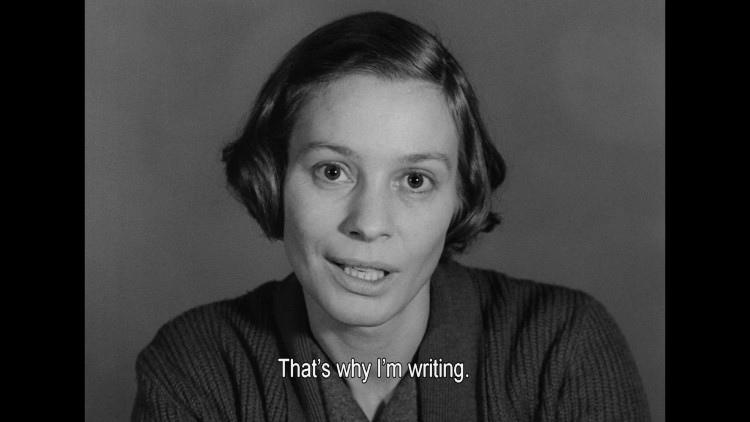 This is the very reason I absolutely love Ingmar Berman; to approach cinema in the most literal way that ultimately becomes a mysterious personal world of the filmmaker. For example here in Winter Light (1963), he portrays the character reading a letter. We, as the viewer must know the content of the letter somehow by some techniques, the filmmaker, must reveal the content. Usually, in other films and here too (briefly) the character starts to read the letter out loud so we could grasp it. But then, being the master, he would cut directly to the close-up of the actual writer, looking directly at the lens (us) and reciting with her own voice (not reading) the content. This act is simply called anti-illusionary cinema. I believe cinema and art, in general, has got nothing to do with reality whatsoever. You don’t create a mirage but merely a system of images that can be worked out like a puzzle. Yasujiro Ozu was also the same. Once he said “It is easy to show drama in a film, but this is only explanation. A director can really show what he wants without an appeal to the emotions.” Ozu is not giving you the drama you want but giving you the drama he wants, which is the drama of formalism. One must pay attention as these are the essential lessons in filmmaking – how to formulate your style and think about the content next, not the other way around!