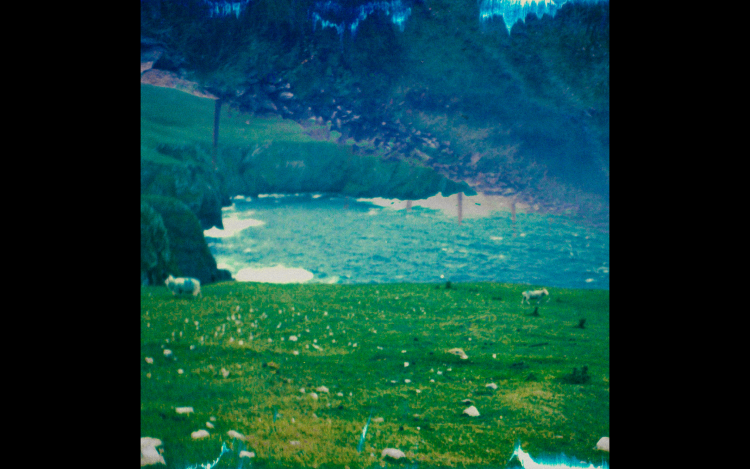 I have always refused to believe and accept the fact that the documentary genre in Cinema would be even possible. Directly because as soon as you touch the material, they become heavily subjectified and therefore fictionalised. At what point does a fictional construct collapse back into the documentary reality of the moment in which it is filmed? These mysteries have always haunted me and played a crucial role in my filmmaking. I make films with an almost documentary approach, using places and people that I encounter and responding to them with an uncommon degree of freedom and spontaneity. I construct my films from the footage I accumulate rather than from a predetermined script, which is also a documentary method. Yet the outcome is always the creation of a fictional universe. For example, particularly in my 2018 feature-length film, Phantom Islands, I consciously examined the tension between these two apparently opposing categories of filmmaking that seem less and less distinguishable the closer you look at them. Confronted with a landscape or a human being, does filming them or choreographing them in a specific way make them more ‘documentary’? Or is ‘documentary’ simply a category of fiction, a term used to give audiences an indication of the type of film they will watch? ⁣
⁣⁣
⁣We have to realise the fiction/documentary binary at the heart of Cinema that existed since its inception in 1895. And I want to propose a hypothesis with my films and on the work of other filmmakers that I deeply treasure. I suggest the real documentaries are films such as Ingmar Bergman’s The Passion of Anna (1969) because they are the evidence/sources/material of an internal landscape of the mind with no dependability or faithfulness to the reality of our existence.

Images: Polaroids I took in 2017 in various islands in Ireland.