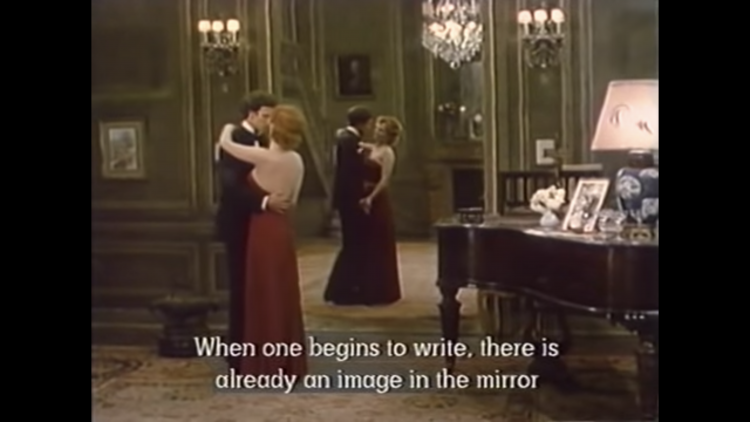 Marguerite Duras madly influences me for many reasons, but the most important is this approach he had developed in her films which I find it extraordinary. In my own films, particularly the films I made after 2012, I have deeply experimented with this method that she is describing here but in reverse and entirely on the other side of the spectrum. An Ouroboros regression formula if you like to tap into how far can you go with images and to what extremes!

“I have a theory: I believe that writing is like this: it’s this parallel between the reflection in the mirror, and the object reflected. When one begins to write, there is already an image in the mirror. That is, one has already been taken over the idea, but it has yet to emerge.

So, then we got a sort of simultaneous absence/presence of the actors. The image loses its supremacy, and the spoken word becomes more important. So then the dialogue is no longer between a particular man and woman but rather between their essences.”