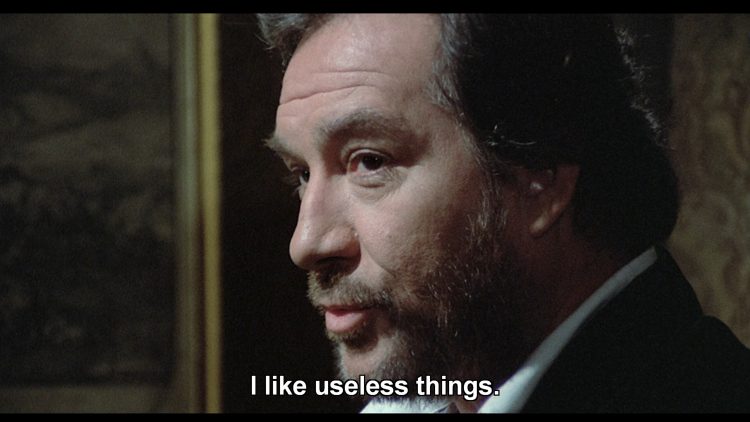 Sometimes you watch a scene of a film where two people are in a small room and having a dialogue with each other. Most of the shots are filmed with a Tele lens, and everything feels immensely magnified. The camera tilts and pans exceptionally smoothly, and you almost don’t feel it. Shot-after-shot we see close-ups, inserts and occasional exterior cut-aways filmed through the windows where you see blurry edges of the frame. The language is isolated because it is dubbed; all the distracting sound effects were eliminated, and you hear nothing but the voices of actors which is very manufactured as a result. The music softly playing in the undercurrent of the scene and somehow feels detached and ethereal. You look at all this and to be honest, it feels elementary and easy somehow. You start to ponder and think about the structure of this dream machine we call Cinema. Suddenly a great deal of despair and sadness overcome your emotion, and you realise that it is in-fact excruciatingly complex how it functions. It has been done countless times in many years in so many different movies, but somehow one stands out over the others. Why? Why this particular film which uses the Shot reverse shot (or shot/countershot) technique effectively, suddenly superior to the rest! In my entire professional life and within all my films I have struggled to investigate and perhaps comprehend this phenomenon of Cinema. The particular movie I am talking about is Aleksandar Petrović’s Majstor i Margarita (1972) which is an absolute masterpiece.