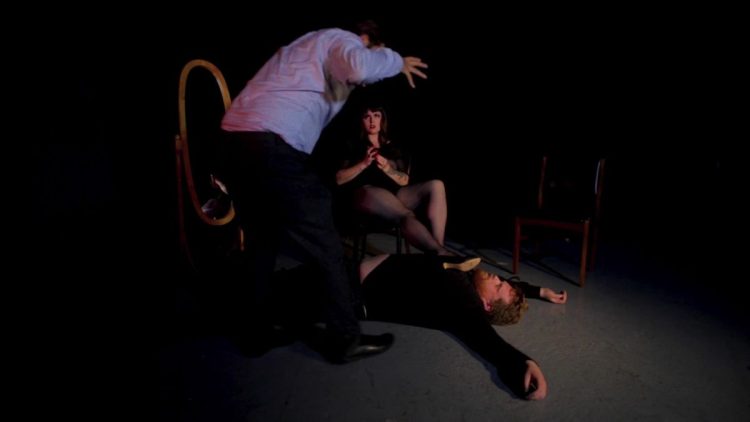 I am very happy to announce that the second video essay on my films by critics Cristina Álvarez López and Adrian Martin has been published in the De Filmkrant (The Netherlands’ largest independent film magazine since 1981). As Adrian puts it, “In 2022, Cristina Álvarez and I have made two substantial audiovisual essays on experimental filmmakers: Stephen Dwoskin and Rouzbeh Rashidi. Also, two smaller ‘spin-off’ pieces: the Rouzbeh one is here in our THINKING MACHINE series in FILMKRANT. Do Actors Exist?”

In the prolific cinema of Ireland’s Rouzbeh Rashidi, human beings are rendered as living phantasmagoria. Experimental and psychedelic, his films intermingle flashes of science-fiction visions, sadomasochistic psychodramas, landscape vistas, and infernal machines. We asked him: do you cause these bodies you stage and photograph to exist, or not to exist? And then we free-associated in montage from his response.

It is public and can be watched on this link HERE