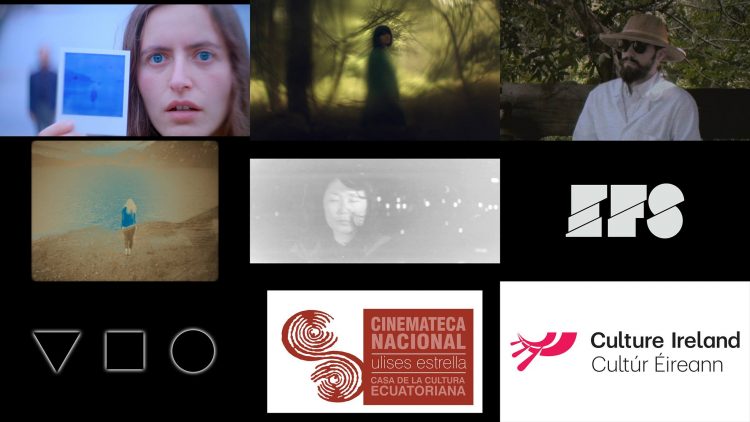 Experimental Film Society (EFS) is a group of filmmakers dedicated to the creation of uncompromisingly personal, formally challenging filmmaking. Based in Dublin, it has succeeded in forging a new and radically alternative Irish cinema. Its defiantly independent vision, both deeply informed by film history and utterly modern, has animated over five hundred shorts and features over its eighteen-year existence. Its films adopt an exploratory approach to filmmaking and foreground mood, atmosphere, visual rhythms, and the often-startling sensory interplay of sound and image. As EFS filmmakers experiment with cinema, they allow it equally to experiment on them, creating richly experiential works that chart an uncomfortable territory that is at once uncannily familiar and utterly alien. The series of EFS films screening at the Cinemateca Nacional del Ecuador Ulises Estrella showcases the directors currently producing under the EFS banner. All of them have had a long association with the organisation and have been influential in defining the EFS style.

Inside (2017) is the first feature to have emerged from the longstanding collaboration between Vicky Langan and Maximilian Le Cain, which has produced numerous short films. It excavates the sensations, desires and elusive chimeras of one woman’s inner life. Taking place in the isolated setting of a remote country cottage, it summons a haunting portrait of a woman adrift in a personal reality formed of her domestic rituals and frustrations. At once lyrical, unsettling and perverse, Inside is a chart of the growth patterns of solitude.

The painterly, visually dense style of Atoosa Pour Hosseini’s short films emerges from her intricate work on the texture of 8mm. Combining found and original footage, she scratches, dyes and paints the film surface to highlight both the fragility and persistence of the image. These works trace a haunting inner logic of loss, memory and displacement that fluctuates between the personal and the general, the pictorial and the material. Bodies wander, landscapes echo each other and time is unwound through a complex approach to the associations of 8mm with being a medium of the past and of private rather than industrial filmmaking.

Michael Higgins’ eerie and meditative Drifting Cities (2017) shows two actors playing two lovers before meeting death in a car crash. They drift through muddled memories and moments in search of one another. Italian journal CinePensieri calls the film “evanescent in the widest meaning of the term… Is it the cinema that turns into the world or vice versa? In both cases, in Drifting Cities the two elements fuse together to such an extent that it’s difficult to recognise the border between the reality and the medium that represents it”.

Jann Clavadetscher’s Kino Hospital (2017) is a visually dazzling meltdown of a sci-fi thriller that assaults equally narrative, genre and the sensorium. It explores the consequences of a handful of scientists getting scattered around the globe after a failed experiment in the laboratories of the Kino Hospital. They are forced to continue their work but their return seems highly unlikely. While the evil Dr. Baron Von Mertzbach enjoys his peace, the neglected, dissatisfied and deranged audience seeks revenge…

Rouzbeh Rashidi will be in attendance to introduce all screenings. EFS is deeply grateful for the support of Culture Ireland and Diego Coral López, without whose support this event would not be possible. Special thanks to Ana González.