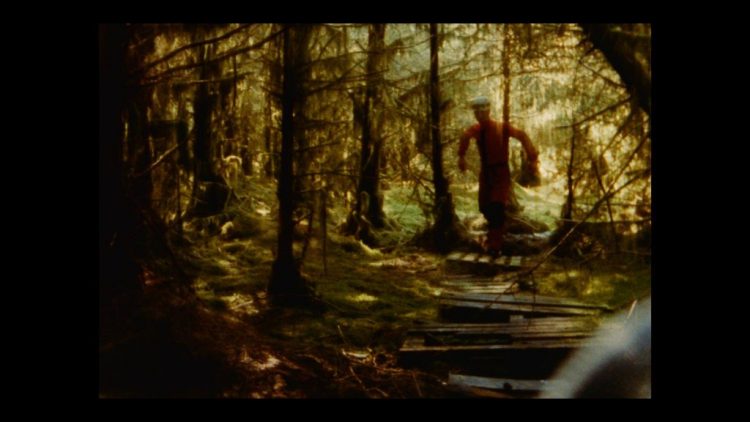 Two programmes of Experimental Film Society films will be screening at VERTIGO arts organisation Tbilisi, Georgia on 12th of April 2019.

“VERTIGO is an arts organization in Tbilisi, Georgia focused on education and cultural activities. Since 2017, the organization has implemented the experimental educational project VERTIGO school. In 2019, VERTIGO school initiated the “un-prefix” program – educational program combining both the fields of experimental film technique and music production for film. “Un-prefix” is implemented through the support of the Georgian Ministry of Education and Culture.” More info HERE / Zakaria Kurdiani st 19, Tbilisi, Georgia, 0102

This portrait of actress Raquel Nave is at once a structuralist formal exercise and an emotionally engaging meditation on memory and decay. The deterioration of a VHS image as it is copied and recopied evokes distance and a breakdown of intimacy.

Although clearly filmed in our time, Olive uses the scratchy beauty of hand-processed celluloid to help evoke a mood of ancient ritual. A group of people gathered in the remote countryside are absorbed into frames that often resemble the hand tinted colours and decaying textures of unrestored early cinema. Cinema is made to haunt the present like a ghostly vision from the past.

Blind Twice Daily is a film that came from the sea, from the depths, and it never truly escapes its salt-encrusted origins. A bizarre romance that is at once an absurd comedy, a horror/adventure B-movie, a cryptic home video and a fading seaside postcard stuffed into

a bottle and cast adrift on the ocean, Brine Twice Daily marks a new departure in the Langan/Le Cain filmmaking partnership.