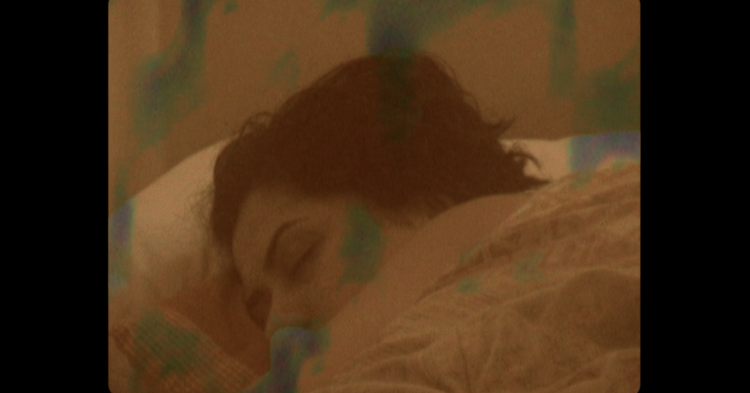 Rouzbeh Rashidi will present a screening that gives an overview of the work of Experimental Film Society (EFS), one of the most radical, influential and distinctive forces in contemporary alternative cinema.

EFS was founded in Tehran in 2000 by filmmaker Rashidi who remains its director and guiding force. It moved to Ireland with him in 2004. It has produced several dozen feature films and over five hundred shorts while consecutively forging underground film cultures in both Iran and Ireland that would have been unthinkable before it came along.

EFS films reject mainstream conventions and adopt an exploratory, experiential approach that foregrounds mood, atmosphere, visual rhythms, and the sensory interplay of sound and image. Often uncanny and unsettling, EFS work is deeply engaged with film history while constantly investigating the visionary potential of every manner of moving image device. EFS conjures an alien, outsider vision of the world capable of both alienating and renewing perception. And its conception of ‘cinema’ is restlessly multidisciplinary, encompassing installation, performance and sound projects as well as theoretical writing. It is an attitude as well as an aesthetic, and a stubbornly independent way of operating in complete freedom at the margins of film culture and at the outer limits of cinematic creativity.

The screening will be followed by a Q&A with Rashidi in person and several EFS filmmakers via live Zoom.

Sister Mary or Mary the Junkie is an experimental ‘found footage’ short film. By re-filming imagery from a 35mm theatrical print of a narrative feature, the frame is adapted and reframed, to present a very different kind of film by focussing solely on one single supporting character.

A glimpse in between two frames that ignite under the pressure of a gunpowder spark.

The universal film acts upon us as a force, blending and rearranging impossible scenarios served with a dash of ants.

At first glance an anthology of gorgeously coloured vintage images of flowers, animals and the camera people documenting them. Yet Atoosa Pour Hosseini brings a characteristic touch of unease to this deceptively simple work through introducing a subtle tension between nature and the artificial means of cataloguing it. Who, ultimately, is looking at whom?

An alien race from our future’s past on a mission to explore dark energy sent a technologically advanced camera into what they thought was a typical black hole to record picture and sound for their ‘black hole archives’. The images and sounds that emerge sent them into a state of infinite insanity, fraying at the edges of the absence of reality in a darkness that extends into the furthest reaches of the unknown.

An experimental film based on the Irish legend of the Cailleach Beara or Hag of Beara. It takes a personal, formally intense approach to themes of identity and cyclical time.