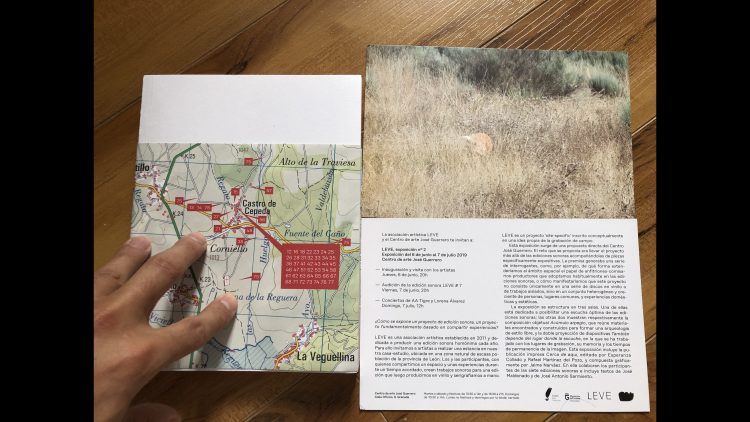 I am delighted to have contributed to this beautiful book and exhibition published by LEVE which took place at ‘Centro de Arte José Guerrero de la Diputación de Granada’ back in June.

They are an art association founded in 2010 to create and offer a space for production in a natural environment of rural Leon, in northern Spain. Annually, they edit sound publications on 10″ 45rpm vinyl conceptually inscribed in the idea of environment and field recording. The sound editions gather together sound works made by invited artists according to a set of rules related to site-specificity and time of recording. They invite artists to stay for short periods in a tiny village called Castro de Cepeda (León, Spain) to produce their sound works. They have built the sound studio Grabaciones de campo in this place. Occasionally, the works are recorded following specially made scores or instructions.

The resulting sound editions are silk-screen printed by hand and lack gaps between tracks. They are conceived for uninterrupted hearings of 10 mins approx (the duration of each vinyl side).

Maximilian Le Cain and I made field-recordings and texts for this fantastic project. Special thanks to Esperanza Collado and Rafael Martinez Del Pozo for inviting us.