Funded By The Arts Council Of Ireland / An Chomhairle Ealaíon under the Reel Art scheme.

Distributed by Experimental Film Society and due for release 2018

“Phantom Islands proposes, for its viewers, a hypnagogic delirium… Things become blurred and indefinite, while still retaining some concreteness, some solidity, some reality… For Rashidi, the hypnagogic ideal relates to the way that even the most intractable piece of “local colour” documentary reality (such as the older man studied in an early shot of Phantom Islands), if looked at long and hard enough, if kept on screen a bit longer than normally expected, starts to devolve and dissolve into weirdness and self-consciousness… The digital cinematography by Rashidi, and the further colour grading work by Michael Higgins, are extraordinary. To be out-of-focus, here, is as natural as being in-focus; white objects or creatures (seagulls or lighthouses, for instance), in particular, blaze in all their dazzling, painterly whiteness when abstracted and blurred in this way.” – Adrian Martin

“The film represents an entirely new endeavour for Rashidi. In writing about the filmmaker’s earlier works I recall noting that all of his films seemed to connote or contain aspects of science fiction, with Phantom Islands however this no longer seems to be the case. Rashidi has uncovered rich new potential here, incorporating elements of documentary practice that were not so heavily present in his earlier works… The setting for Phantom Islands is more explicitly recognisable, focusing on the islands around Ireland at what would seem to be high summer. These images are made somewhat unreal here by a visual distortion not entirely dissimilar to that used by Alexsandr Sokurov for his 1997 film Mother and Son, another close to wordless masterpiece.”  – AEMI

“Who could resist a film in which the Irish landscape as sold to us by the Tourist industry and picture-postcards causes anxiety attacks—the Wild Atlantic Way Virus? The cure? Restage the landscape using colour and texture as primary elements of the mise-en-scene, as if Vincente Minnelli was called in to fix a Robert Flaherty film. Alternatively, think of Garrel’s La Cicatrice Intérieure re-filmed by a Sokurov, a Bartas, a Bokanowski.” – Fergus Daly

“What’s most astonishing about Phantom Islands are its dreamy visuals and ingenious music score, as well as the pitch-perfect sound design that more than compensate for the lack of dialogue. Virtually each shot is exquisitely composed, each tone being a worthy accompaniment. A masterwork of the (re)modern avant-garde.” – NGboo Art by Nikola Gocić

“This film, just like Garrel’s Le Révélateur, essentially operates on the absence of the spoken word, outlining its own path through structures typical of early Cinema. “The attempt to revert to a language of the origins”, stripped of any dialogue, is punctuated by frequent black screens that emphasise the vision – similar to the effect of a slideshow – and act like a photographic shutter.” – Cinepaxy & Visione Sospesa

“Phantom Islands thus could be defined as a metacinematographic work to the extent that its reflection is decisive in itself, not for itself: cinema does not refer to anything other than itself. It is a fiction, yes, but it is a documented fiction, a documentary that continuously documents the fiction it produces.” – L’emergere del possibile

“It should be said up front that the photography is absolutely astounding. Shot in 4K, this could be the best use of that format I’ve yet seen. 4K has always seemed to me too real looking to serve the purposes of fantasy and the unconscious, places where experimental film so often goes. But the film is quite dreamlike. A lot of soft focus and selectively out of focus shots help with the dream like quality of the movie. However, in shots where there are no people present, the movie becomes a hyper-realistic looking nature documentary. In this way, “fact” and “fiction” live together side-by-side. But which is which? It’s all representation of moments that have passed.” – Cultured Vultures

“It was Rashidi’s decision to blur most images to varying degrees. No image is fully clear. Neither is it completely blurred. Rashidi plays with degrees of masking, something that gives Phantom Island a feeling of being exactly this: a phantom. The film, the characters, the scenery, even the music – all of this has a strangely unreal, surreal feeling. As if a ghost creeps up on you without it being a horror film. As if you dream. As if you merely imagine things in your seat instead of watching something that has been created for you to see. It is as if Rashidi puts mind images on screen. Phantom Island is not a film as such. It is a collection of mind images, sometimes mere flashes of thoughts, sometimes more complex thoughts that take time to develop.” – The Arts of Slow Cinema

“Even though there is an intention to elaborate a discourse around this insoluble dialectic between documentary and fiction, through the launch of some instruments (hand-held cameras, subjective perspectives, naturalist shots, presence of the community), Rashidi lets himself be carried away by a poetic pretension that clouds the convergence of “realities” before the camera. The phantom island is too “materialised” in its intentions and fears.” – Desistfilm

“What continues to surprise me the most is the productivity, the effectiveness and the variety of the cinema of Rashidi especially in an impervious terrain like that of the modern experimental cinema. Phantom Islands is already one of the best movies of the year.” – Cinemadermister

“Because I created my own story while watching PHANTOM ISLANDS, I found that my experience for this film can be compared to my experience for some films of Alain Robbe-Grillet, Jacques Rivette, Teeranit Siangsanoh and Wachara Kanha.” – Jit Phokaew

“One never knows with Rashidi but, maybe the point for me is… whatever he does, if you relax the way in which you tend to perceive and decode images in commercial cinema, then you are going to see something which is, at the very least, extremely interesting… when it comes to this director at any rate.” – NUTS4R2

“… that world absorbs us and makes us become a part if it, in an ethereal way… the best film of 2018 so far.” – Cinesinfin

“A cinematic adventure like I had never seen before.” – Le Petit Septième

“Very much pushing the boundaries, if not utterly redefining the parameters, of documentary vs. fictional narrative execution.” – One Film Fan

Synopsis: Phantom Islands is an experimental film that exists at the boundary of documentary and fiction. It follows a couple adrift and disoriented in the stunning landscape of Ireland’s islands. Yet this deliberately melodramatic romance is constantly questioned by a provocative cinematic approach that ultimately results in a hypnotic and visceral inquiry into the very possibility of documentary objectivity.

Director’s Statement: Phantom Islands was always conceived as a creative documentary, a documentary on the moment at which documentary and fiction become indistinguishable. At what point does a person or landscape that is filmed become fiction? At what point does a fictional construct collapse back into the documentary reality of the moment in which it is filmed? These questions have always haunted me and played a crucial role in my filmmaking. I make films with an almost documentary approach, using places and people that I encounter and responding to them with an uncommon degree of freedom and spontaneity. My films are constructed from the footage I accumulate rather than from a predetermined script, which is also a documentary method. Yet the result is always the creation of a fictional universe. Phantom Islandsconsciously examines the tension between these two apparently opposing categories of filmmaking that seem less and less distinguishable the closer you look at them. Confronted with a landscape or a human being, does filming them or choreographing them in a specific way make them more ‘documentary’? Or is ‘documentary’ simply a category of fiction, a term used to give audiences an indication of the type of film they will be watching?

As an experimental filmmaker, I’m naturally drawn towards the overlaps between documentary and experimental cinema – the formal interrogation of film language that can be common to both fields. As Adrian Martin recently wrote in an essay about some of my colleagues and me: “It is from this very tension between plasticity and narration that a certain experimental desire, of an almost scientific shading, is born: to isolate, define and set in motion the least possible, the minimum requirement for a filmic fiction…. This is also, for Godard, a matter of the spectator’s activity: the passing-over from an unheeded piece of documentary evidence (Kim Novak on a film set performing a routine motion) to a questioning gaze (has she arrived to steal something, kill someone, impersonate somebody?) is the momentous metamorphosis into fiction… And, of course, experimental artists will want to test whether that movement can be reversed, as well and as often: back from fiction into documentary, many times over.”

In exploring this process, Phantom Islands includes images that are generally categorised as ‘documentary’: portraits of local people on the islands where the film was shot, images of other visitors and the crew working or relaxing. Then there is ‘fiction’: stylised, melodramatic performances at once conveying and caricaturing extremes of emotion. Both approaches are reactions to the island landscapes that inescapably contain all these figures. But the islands themselves fluctuate between being presented as postcard-clichés and feral sites of exploration and disorientation. This fiction/documentary instability is further heightened by the frequent use of black screen that punctuates many scenes like a camera shutter, constantly reminding the audience that it is watching a film that never stops taking itself apart to put itself back together again. As hypnotic as it is disruptive, Phantom Islands is a documentary on the creation and workings of cinema itself. As such, it repeatedly revisits the fiction/documentary binary at the heart of this art from its very inception in 1895, when the Lumière brothers staged a scene of workers leaving their factory for the camera, making at once the first documentary and the first fiction film.”

Director’s Personal Note: The melancholic and sadomasochistic patterns of destructive behaviour intrinsic to us as human beings keep repeating and regenerating themselves. In order for us to survive, they grind our relationships, friendships and even our entire lives into ashes, dust and ruins. With this waste material, we turn towards cinema which subjects it to further metamorphoses. It processes and is permeated by our intimate detritus, allowing us to regard it as an alien child now born and wandering the earth: both us and not us. It’s a tragic reflection of our past and a mute teller of our distant future. It is a phenomenon that devoured us to exist only in a present tense. We created cinema merely to venerate a hologram of everything we have demolished. Ruins of time made with kino apparatus! 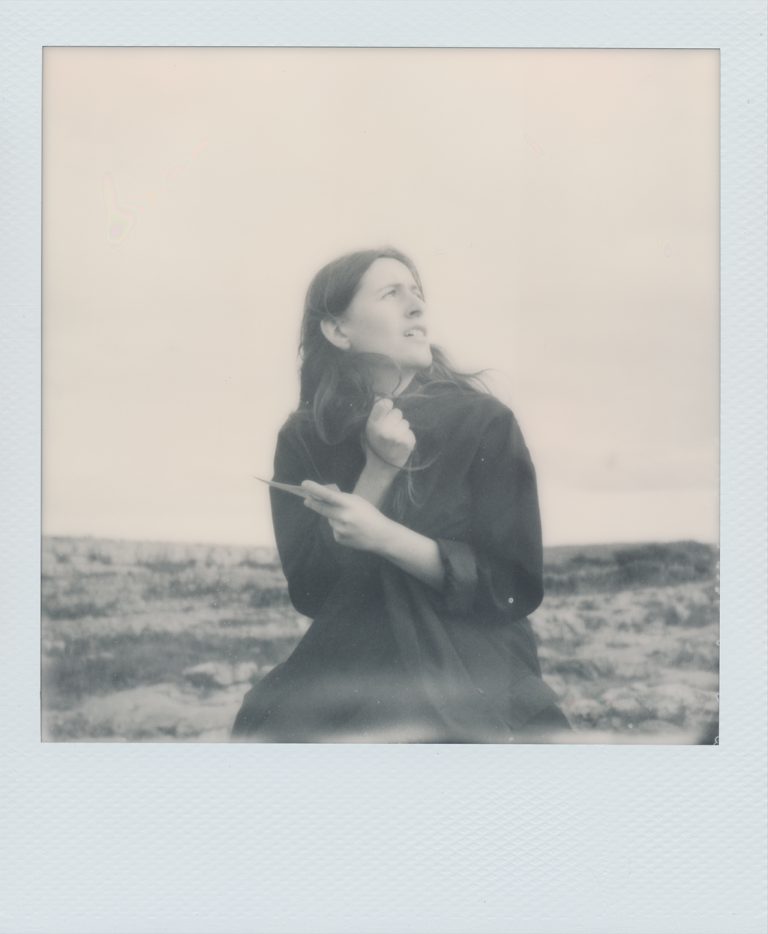 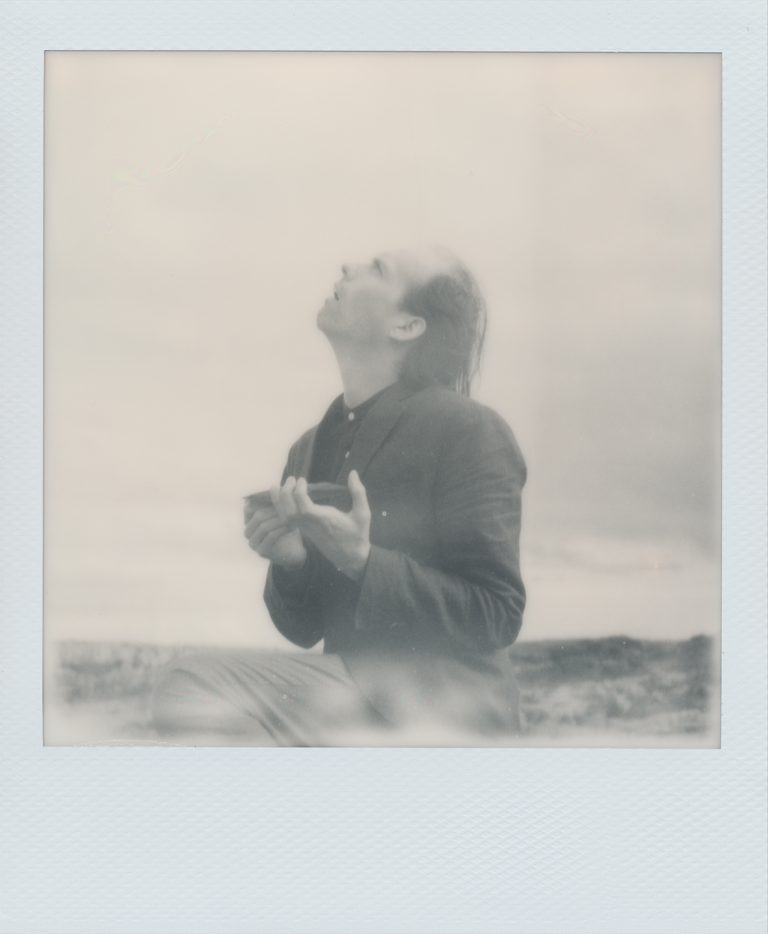 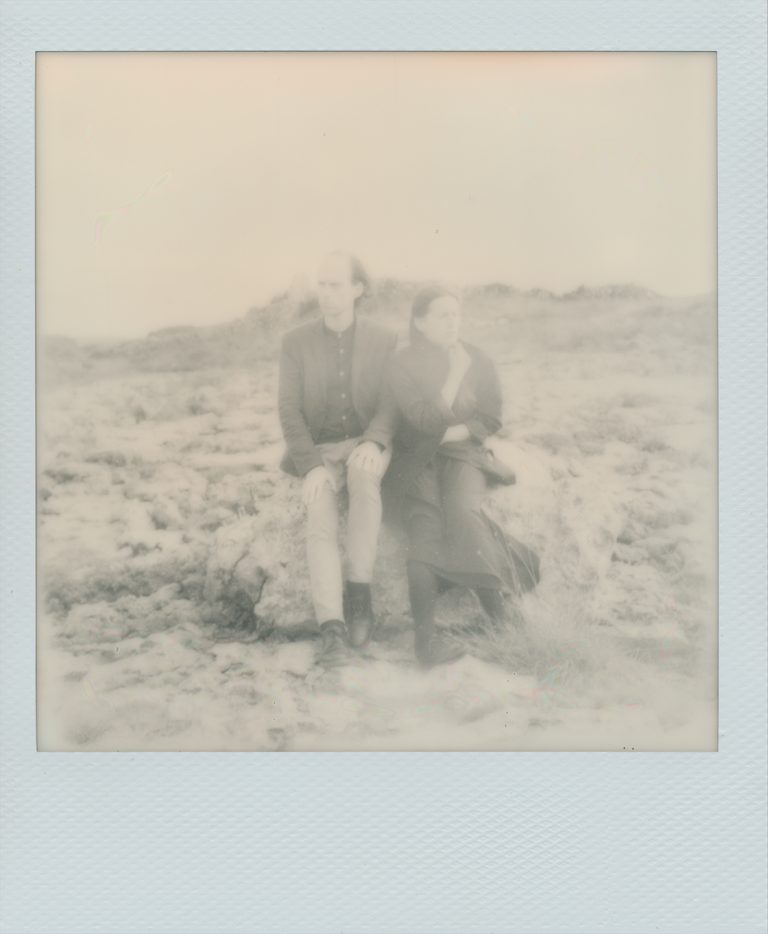 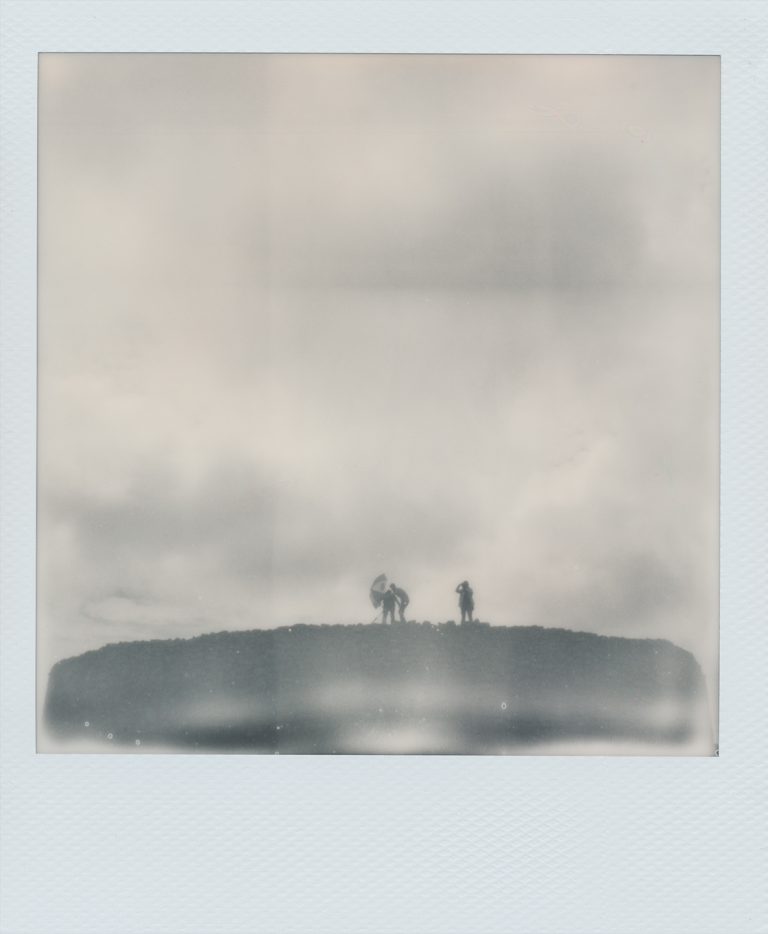 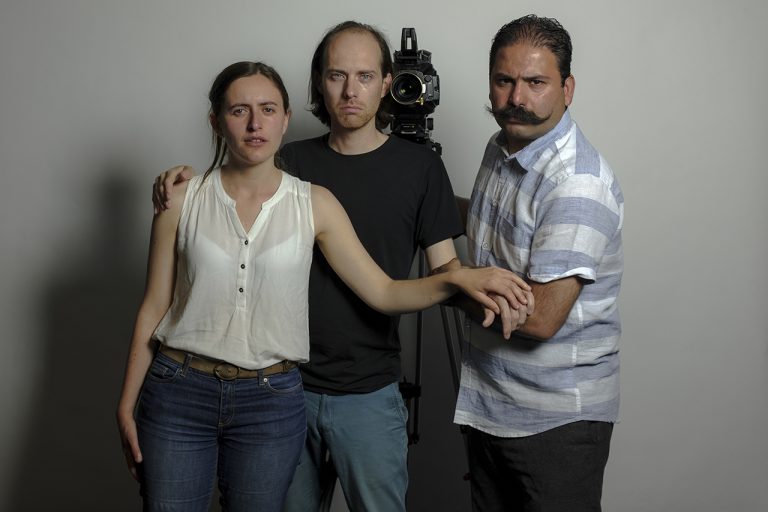 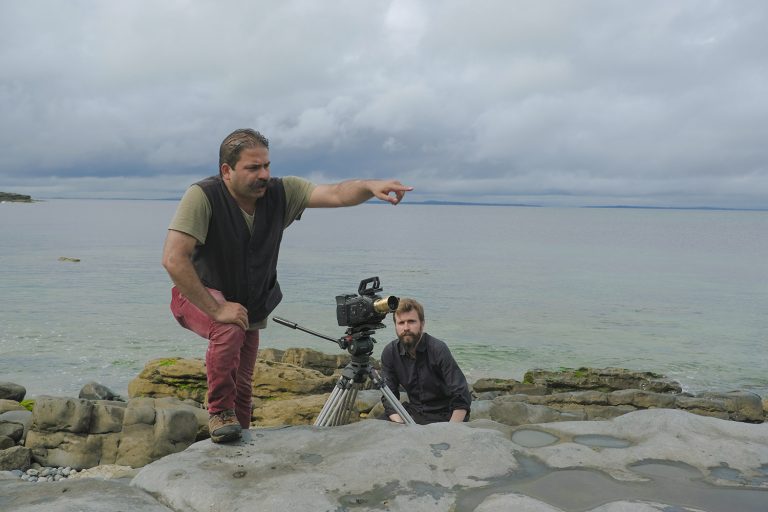 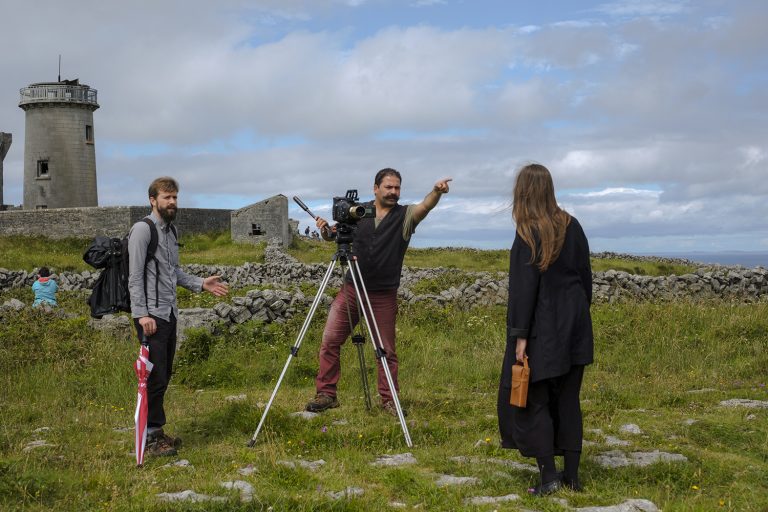 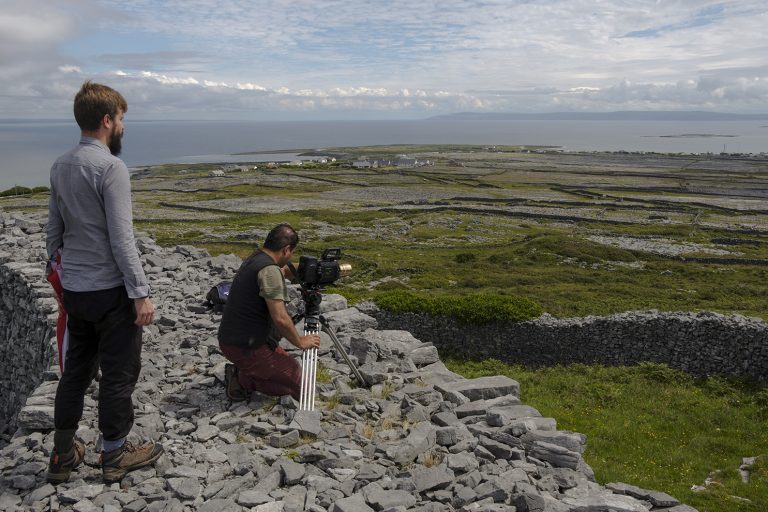 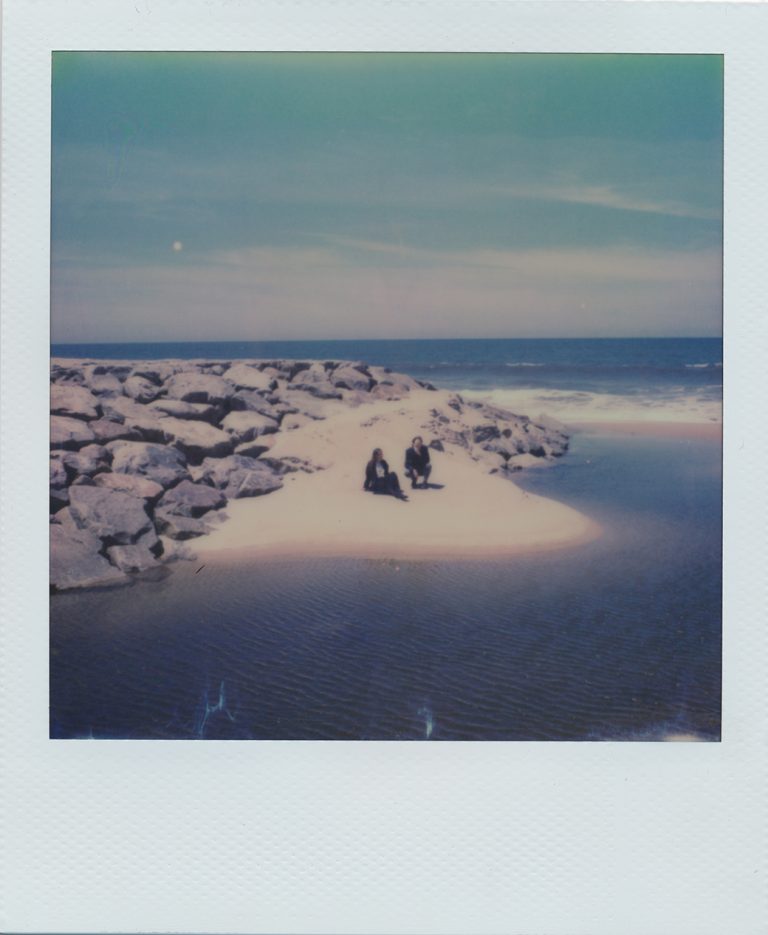 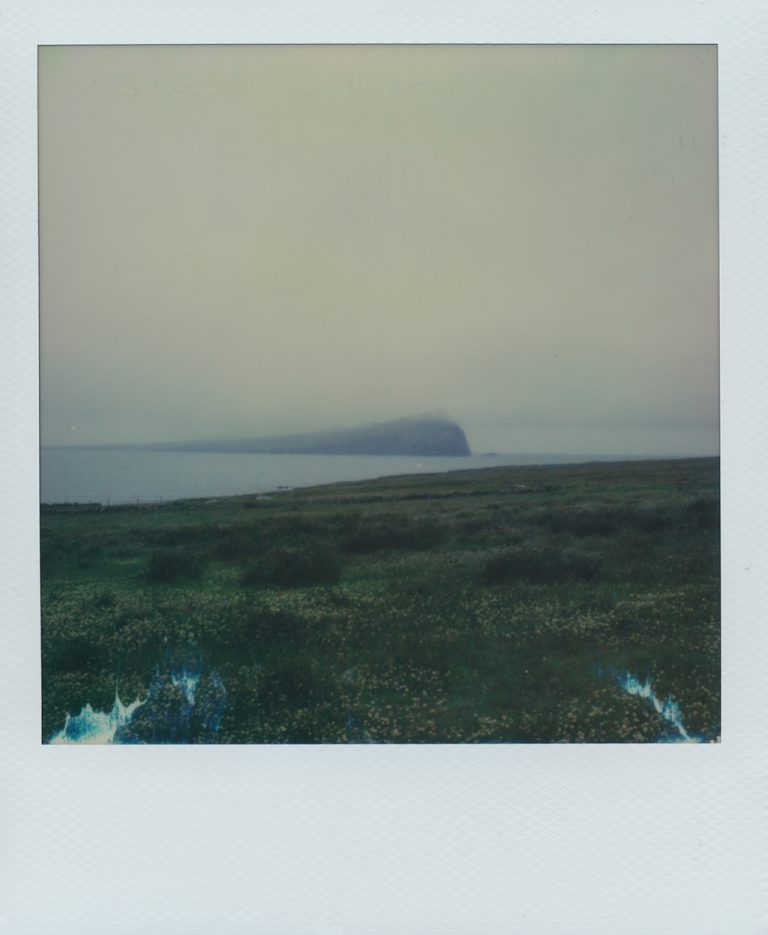 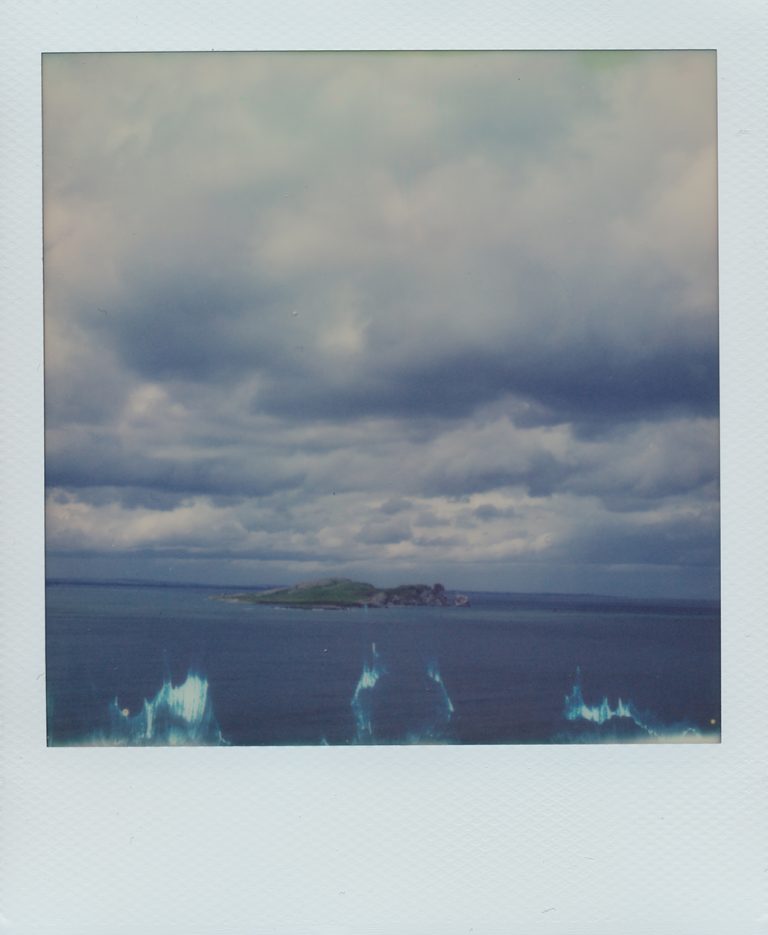 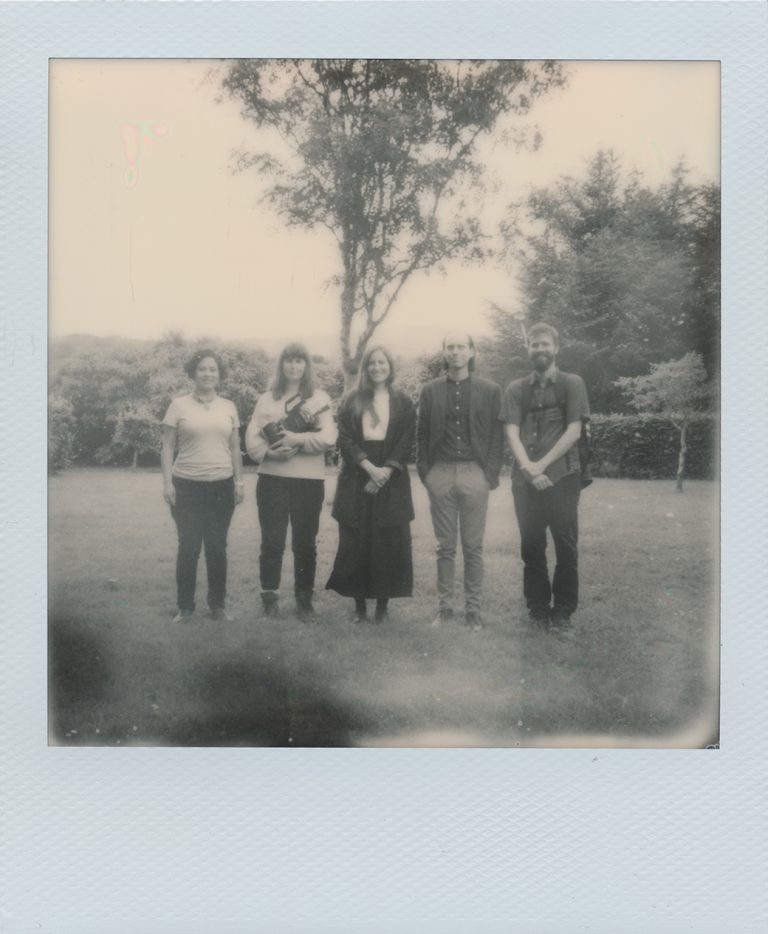 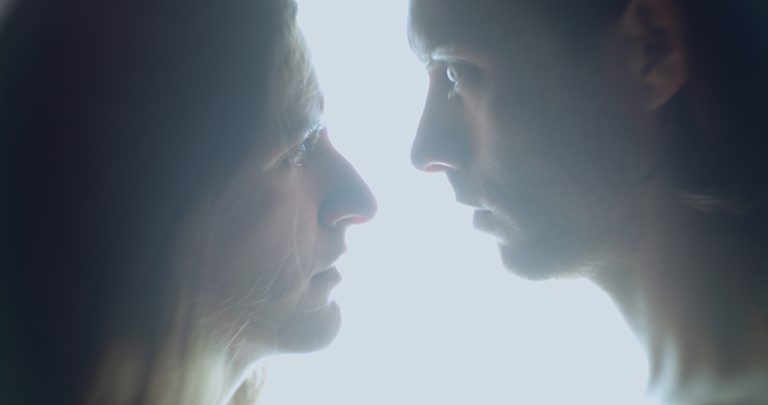 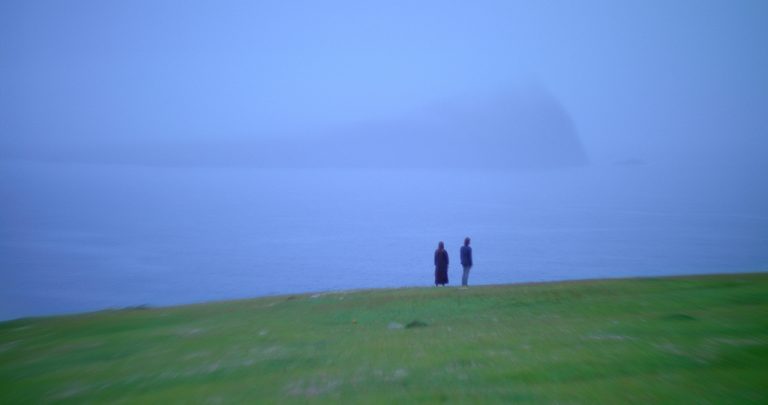 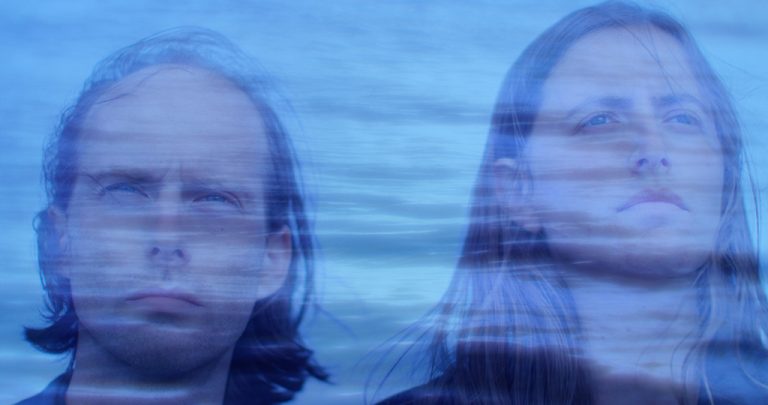 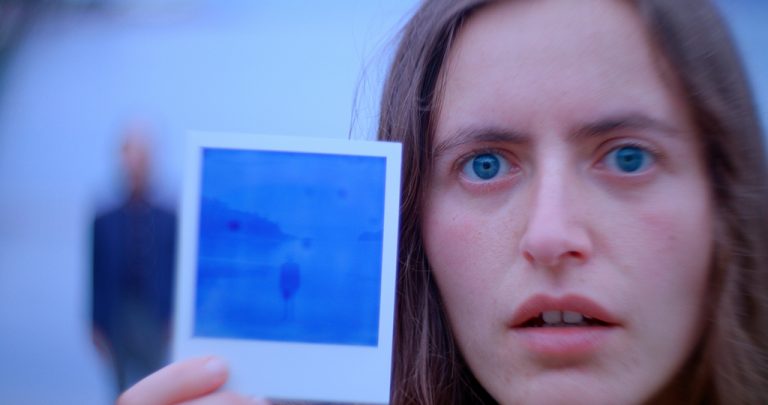 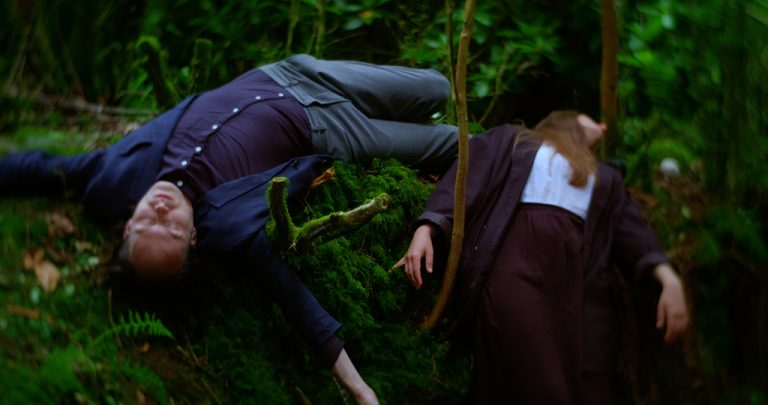 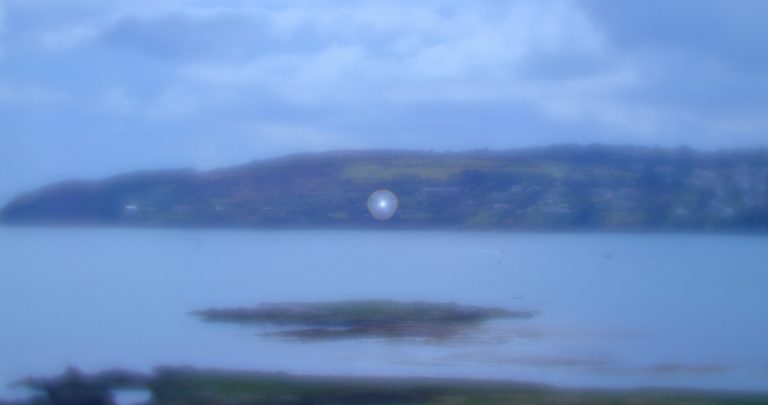 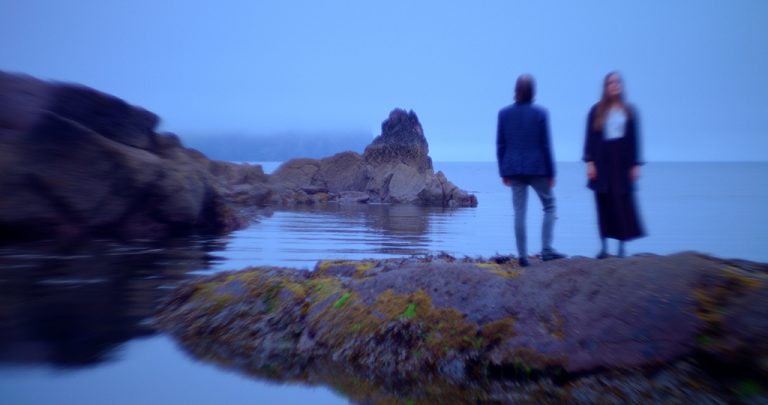 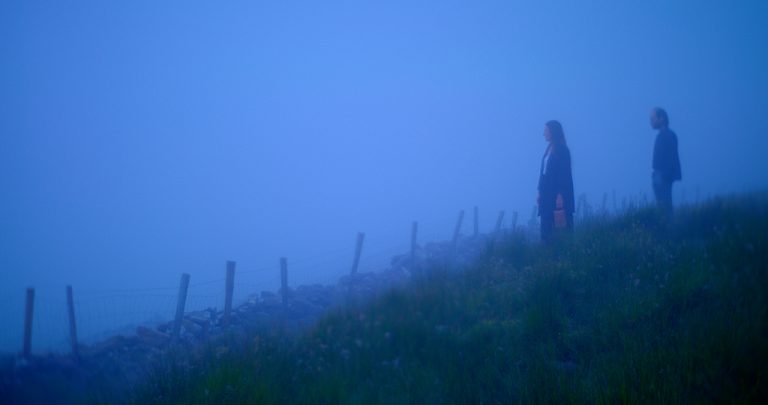 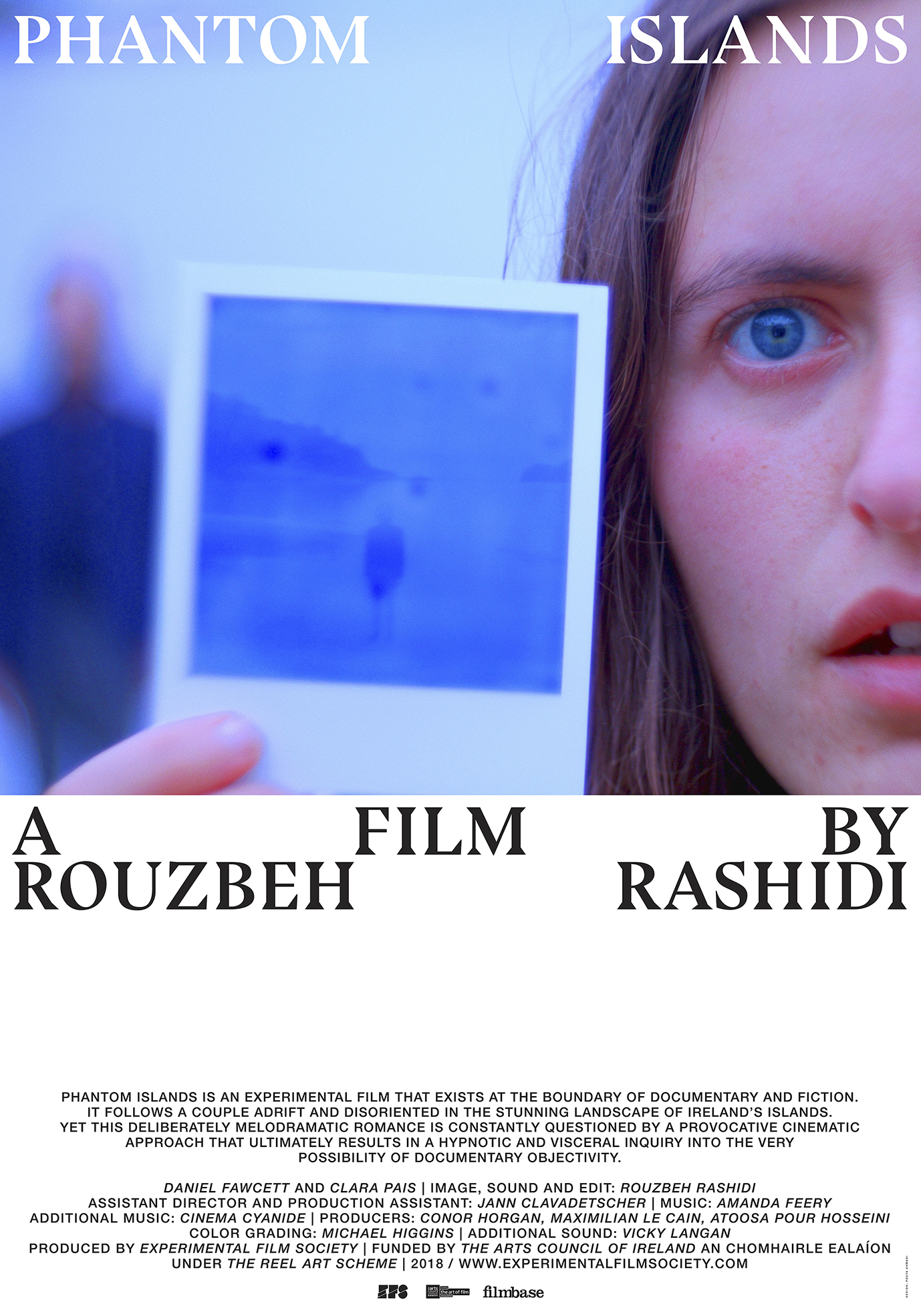