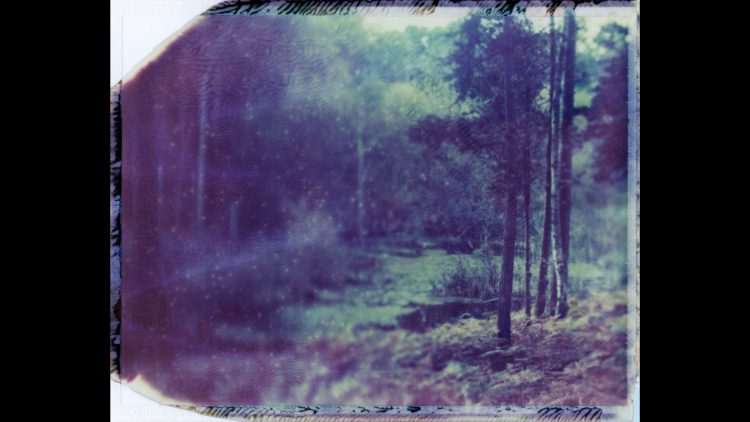 2019 has been a tremendously productive and vibrant year for Experimental Film Society. Since evolving from a collective into a production company in 2017, it has gone from strength to strength while always remaining true to its uncompromisingly independent creative vision. This vision was superbly encapsulated in the concluding lines of Adrian Martin’s review of my recent feature Luminous Void: Docudrama: “Some viewers will recognise members of the Experimental Film Society. They are a Fringe Society, on the margins of decency and good sense. We have slowly entered the realm of the mythic – but a broken, indecipherable myth… The spectator is a pinball pinging between The Wizard of Oz and Carmelo Bene, between Wild at Heart and pink erotica… The prodigious cinema of Rouzbeh Rashidi and his fine feathered friends.”

Three other EFS features were premiered in 2019. Michael Higgins’ Autumnal Sleeps was also funded by The Arts Council. It consolidates Michael’s reputation as EFS’ virtuoso celluloid alchemist. Photographed on expired 35mm film, this visually dazzling phantasmagoria takes inspiration from early silent cinema. Jann Clavadetscher’s Kino Clinic brings his trademark combination of intense visual experimentation and impish humour to the second part of his self-described Cine-Medical trilogy. Like its predecessor, Kino Hospital (2018), it is an assault on narrative, genre and the sensorium. Maximilian Le Cain’s Moon Tiger Movie is the culmination of his first two decades of filmmaking. This major project shapes the short film work he did over this time into a four-part feature in which the shorts reveal themselves as parts of a richer whole.

Atoosa Pour Hosseini’s films Antler (2018) and Kinetics (2018) had twenty screenings in Ireland and abroad throughout 2019. She also received a three-year membership to Temple Bar Studios, Dublin. A conversation between Atoosa and Vicky Langan was published in the fifth Winter Papers book, Ireland’s annual anthology for the arts. Atoosa and Vicky were also both recipients of The Arts Council’s coveted Next Generation bursary.

2019 marked the tenth anniversary of the Langan / Le Cain creative partnership. To mark the occasion, Vicky and Max premiered Personal Growth, their sixteenth collaborative film, at Sirius Arts Centre, Cobh, as part of Cork Film Festival. The Irish Times wrote of their work that “it takes you to a place of such interiority that it is unsettling, even disturbing, but also very rewarding”.

One of the great pleasures of 2019 was working with Chris O’Neill who began screening his films under the EFS banner this year. His remarkable ongoing exploration of the nature of the cinematic image is a valued addition to EFS filmmaking.

At the end of the year, EFS also welcomed the unsettlingly intimate neon shamanism of Shelly Kamiel’s cinema into its distribution. I am hugely excited to be working with her going forward.

2019 also saw the beginning of an opening up of EFS to working on projects with a wider array of filmmakers with more diverse sensibilities. The clearest example of this is Minotaur, Zulfikar Filandra’s very personal autobiographical essay film which was mentored and co-produced by EFS. Financed through a highly successful crowd funding campaign, it will be released in early 2020.

Our regular slate of EFS screenings was as busy as ever with between one and three events taking place every month. We screened in Ecuador, Georgia, Latvia, Brazil, Chile, Italy, Taiwan, Croatia, Romania, Switzerland, New York, Germany, Mexico, Portugal, Turkey and Ireland among others.

EFS activity in 2019 culminated in the second edition of the Luminous Void Experimental Film Festival which took place in Cork this year. Although put on for zero budget, this edition of the festival expanded on the first year. In addition to premiering two EFS features, there were amazing programmes of films from Latvia’s Baltic Analog Lab, LUX Critical Forum Cork and Sebastian Wiedemann. Live performance was introduced to the festival through the extraordinary work of Sarah Ellen Lundy. The warmth of the audience reaction and the joy of collaborating with the artists we worked with were truly inspiring and uplifting, ending the year on a high. We will continue to expand the festival, hopefully with the help of some funding. It has also renewed our commitment to the practice of collaborating with likeminded artists and organisations. Next year, for example, we will be working with Fifi Smith of MExIndex, Ireland’s artists’ moving image resource.

2019 has been a tremendous year but in some ways it feels like a prelude to 2020. Next year is the twentieth anniversary of EFS and we have plans for a series of exciting projects and events to run throughout the year. These will culminate in an ambitious retrospective and exhibition that will take place in one of Dublin’s most respected galleries. The year will kick off with the VOD release of Whale Skull, a brand new feature by Maximilian Le Cain made to celebrate twenty years of EFS. January 1st 2020 will also see the VOD releases of Atoosa Pour Hosseini: Celluloid Works Vol. 1, Drifting Cities (Michael Higgins) and Kino Hospital (Jann Clavadetscher). In 2019, Phantom Islands (Rouzbeh Rashidi) and Moon Tiger Movie also had VOD releases.

It must never be forgotten that the most important aspect of sending our films to be screened worldwide is the human connections that they form. I’d like to express my deepest gratitude to all the audiences worldwide who attended our screenings and events; to all the filmmakers and artists who collaborated with us in many different capacities, and to all of our fans who supported us both in-person and online. I am deeply honoured to have encountered so many amazing friends on this journey and to have exchanged cinematic and creative ideas with such terrific people.

We already have many exciting plans and projects underway for 2020. Happy New Year to everyone. Onwards! – Rouzbeh Rashidi