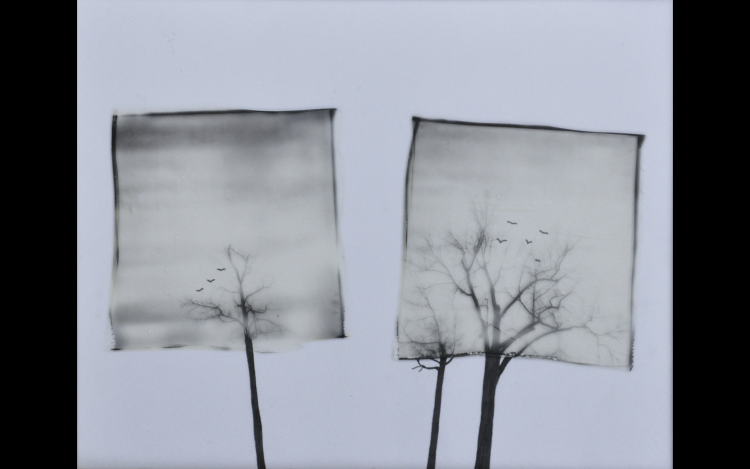 2020 has been a challenging and difficult year for people all across the globe to the point that even grasping its reality can be difficult. In trying to summarise it, it can feel elusive, like a strange blur that might take a long time to process both collectively and personally. As with so many vulnerable artists and arts organisations, the plans Experimental Film Society had for 2020 were severely curtailed by the Covid-19 crisis. Almost all of our screenings were cancelled and an extensive exhibition and event series at Dublin’s Project Arts Centre that was to mark our twentieth anniversary has been postponed until next year.

In spite of this, we have persevered and 2020 was ultimately not unproductive. Our major collective effort of 2020 was the publication of our second book, Luminous Void: Twenty Years of Experimental Film Society. This volume celebrates two decades of EFS activity. Featuring contributions by noted critics and curators from across the globe, it examines the ideas and impulses that animate EFS as well as the practices of many of the filmmakers associated with it. It includes texts by Adrian Martin, Nadin Mai, Matt Packer, Pluck Projects, Sebastian Wiedemann, Sarah Hayden & Paul Hegarty, Azadeh Jafari, Vahid Mortazavi, Zulfikar Filandra and expert EFS scholar Nikola Gocić. These writings provide a guidebook to the imposingly vast ‘luminous void’ of Experimental Film Society cinema. The book can be ordered here.

Adrian Martin has long been one of the film writers most admired by EFS. We invited him to speak at the launch of our new book. His beautiful words, coming at the end of this year, ensured that it ended on a high note for us. His observation that “the thing that I love in EFS productions […] is the sensation of forever returning to ground zero, and then building up from there” seemed appropriate in more ways than ever before. The full text of his speech can be read here.

Before the pandemic hit, I participated in Berlinale Talents 2020 as part of the 70th Berlinale – Berlin International Film Festival. Atoosa Pour Hosseini and Vicky Langan collaborated on a text for Winter Papers publication and a related live performance at Engage Studios, Galway. Shelly Kamiel completed a short film, Supernova Cash Out, just as the first lockdown took effect.

Although hampered by the Covid crisis, production has continued on EFS projects. Atoosa Pour Hosseini was commissioned by The Dock Arts Centre to produce Intervals, a series of three video works in response to the global situation. Much of what has been produced this year was made under conditions imposed by lockdown, meaning filmmakers often turned to found footage or created works from their personal archives. I completed Homo Sapiens Project (200) for the 20th anniversary of Experimental Film Society. This eight-hour experimental feature is constituted from all of my short film experiments made between 2000 and 2010. Maximilian Le Cain and Aisling O Connell collaborated on 121, in which they sent each other footage that was gradually shaped into a mysterious ‘call and response’ filmmaking exchange. (This film can be viewed here until January 3rd.) Chris O’Neill completed the found footage short Dreams Can’t Hurt You which has online distribution with the Redemption label. Chris has also been very active recently in creating video essays for an eclectic selection of cult movie Blu-ray releases.

Vicky Langan and Maximilian Le Cain did make it outside to shoot a film, all the way out to Cape Clear island right on the very edge of Ireland. This still untitled work will be completed in Spring 2021. Other EFS films to look forward to in 2021 include Le Cain’s short lyrical diary film At Large Under the Sun which will be completed in January and Shelly Kamiel’s feature Ghost Dust. Although extensive shooting already took place in 2019 and early ’20, travel restrictions have delayed completion of this US-Irish co-production. Jann Clavadetscher will begin shooting a new film in January.

Most EFS screenings that did go ahead in 2020 were online. The features Homo Sapiens Project (200), Inside and Scorpion’s Stone (2018) are among those released on EFS VOD. Phantom Islands (Rouzbeh Rashidi, 2018) was made available on the Irish Film Institute’s IFI@Home platform. Michael Higgins’ Autumnal Sleeps (2019) played at Lausanne Underground Film and Music Festival and his Drifting Cities (2018) received the Best Film award at the Innovative Language Section of the Mostra internazionale del cinema di Genova, Italy. Zulfikar Filandra’s EFS-produced feature Minotaur (2020) recently premiered at Festival Autorskog Filma in Belgrade.

As 2020 came to a close, we were delighted to find out that our exhibition Luminous Void: Twenty Years of Experimental Film Society at Project Arts Centre, Dublin will be going ahead as a physical event and exactly as planned in May/June 2021. This gives us all a positive focus going into the new year. In the meantime, I’d like to express my deepest gratitude to all the audiences worldwide who attended our screenings and events (both physical and virtual); to all the filmmakers and artists who collaborated with us in many different capacities, and to all of our fans who supported us both in-person and online. I am deeply honoured to have encountered so many amazing friends on this journey and to have exchanged cinematic and creative ideas with such terrific people.