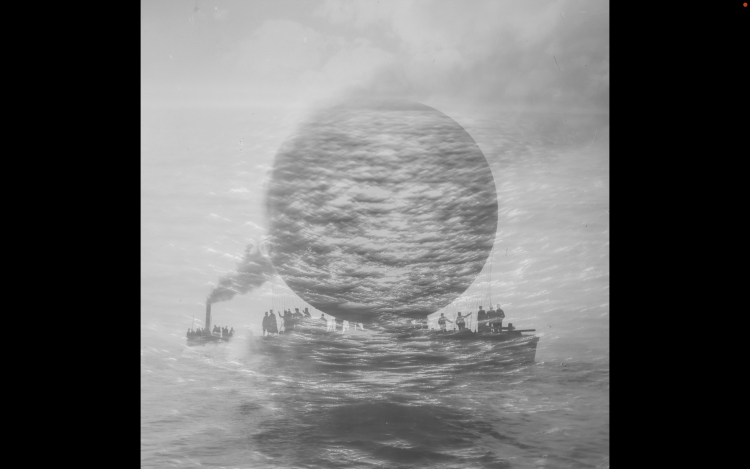 I founded and launched the Experimental Film Society on the 1st of January 2000 in Tehran, Iran. I chose that specific date because I wanted to initiate my filmmaking journey in the 21st century. This journey has two aspects. My own filmmaking has led so far to the creation of eleven feature films and 201 instalments of the ongoing Homo Sapiens Project film series. Then there is the collective adventure of EFS: the invaluable support, extraordinary contributions and miraculous creative input of more than twenty other filmmakers and artists over two decades. Together, we have produced and screened hundreds of formally challenging and highly personal films over the years. Our working together is based on trust, belief in each other and an attitude of adaptability and pragmatism over calcified rules of operation. Without EFS, none of us would have developed as filmmakers in our ways.

In the summer of 2021, we celebrated the 20th anniversary of EFS with a retrospective exhibition and event series at the prestigious Project Arts Centre in Dublin with the support of the Arts Council of Ireland. Although belated due to the pandemic, this event was a significant milestone. It also concluded a chapter in the history of EFS.

Looking back from December 2021, I believe that I achieved everything I set out to do with EFS in 2000. I have a new vision and fresh ideas for EFS going forward into its third decade. These can be summarised in three main points:

– Education. EFS filmmakers will share the knowledge, experience and techniques that we have accumulated over the years with a new generation of filmmakers through an educational hub. The groundwork for this EFS film school that will operate in multiple ways has already been laid and will continue to develop in the coming years. I have already begun lecturing both in-person and online and am open to new ideas and invitations.

– Sustainability. The core values of EFS filmmaking will remain the same, but financial sustainability and stability for the artists is now a top priority. Henceforth EFS will only participate in screenings and other events for which financial remuneration is offered.

With the pandemic ongoing, 2021 has been a challenging year for people all across the globe, and EFS is no exception. But we persevered, and it turned out to be a very productive year.

I completed the Homo Sapiens Project (201), a nineteen-hour experimental feature made up of my feature film experiments from between 2002 and 2014. I presented works at Melbourne’s Cinematica; Kino ARMATA in Kosovo; Solas Nua at NYU Washington, DC; Tehran International Short Film Festival; Kinoskop Festival; and Lichtenberg Studios, Berlin. My films were also the subject of numerous articles, reviews, and podcats linked from my website.

Atoosa Pour Hosseini completed a new body of work entitled The Flower People (2021) for The Dock Arts Centre, County Leitrim. Antler (2018) screened at the Jeu de Paume Museum, Paris. In addition, a retrospective of her short films and her looped piece Superimposed Kinetics played as part of the Project Arts Centre EFS exhibition.

Maximilian Le Cain recently completed Daughter of the Sun, a short film based on the Irish legend of the Cailleach Beara, which was funded by the Arts Council of Ireland and Cork County Council. Earlier in the year, he released two other shorts, …at large under the sun… and Solo for Water. He prepared a new shorter version of Moon Tiger Movie (1997-2019) for the EFS exhibition at Project Arts Centre. He also received an Arts Council Project Award to make In Solitary, a feature that will be shot in Spring 2022.

Shelly Sarah Kamiel released the short film The Tommy the Tomato Show, in which the eponymous Tommy interviews several of her close colleagues to gain an insight into her creative processes and secret recipes for film alchemy. Her feature film Ghost Dust is currently in post-production and will be released in 2022. She also launched shellysarahkamiel.com in 2021, a website to showcase her work.

Michael Higgins continued to show his feature Autumnal Sleeps (2019) at festivals worldwide, including in Mexico City; Denver, Colorado; Riga, Latvia; London; and Istanbul. His latest feature, The most popular things in the world to do: (2021), premiered at FLIGHT / Mostra Internazionale di cinema in Genova, Italy, where it was awarded Best Film by the student jury. He recently completed EXT. CANAL – DAY, a new short film that has yet to be screened.

It’s been an excellent year for EFS – thank you for being part of it! We already have many exciting plans and projects underway for 2022. Happy New Year to everyone.